Discover How to Grow Your Traffic by 256%
Using a Proven SEO System
From Nathan Gotch
St. Louis, MO.

Do you agree that there’s more information about SEO than ever before?

Despite unlimited amounts of SEO information…

Companies Are Struggling To Achieve Consistent SEO Results.
Why?

01 First, I’ll show you the 7 reasons why companies are struggling to achieve consistent SEO results (despite having unlimited amounts of information).
02 Then, I’ll explain exactly what your company needs to do differently if you want consistent first page rankings.
03 Lastly, I’ll share a solution that over 700 agency owners, SEOs, and marketing directors are using to achieve consistent first page rankings for thier clients and companies.
But before I dive in, I want to tell you a quick story.
A few years ago the Vice President of the biggest supplement company in St. Louis called me about a problem they were having.

It was strange because this company had:

A strong offline presence.
An incredible culture and their employees were fully committed to their brand.
A well-known CEO with a huge personal brand.
A strong social media presence and they were even driving tons of sales using Facebook ads.
Most people would view this company as “clicking on all cylinders”.

But there was one problem:
They Were Invisible On Google.
That’s when the VP had a realization:

The only way they could take their company to the next level is to:

Invest In The Most Powerful Marketing Channel, SEO.
…and what did this VP do next?

He opened up Google and typed “St Louis SEO” to look for a company.

That’s when he discovered that Gotch SEO was ranking #1:

He called and then quickly became one of our clients.

Did you see what happened?

The VP wanted to take his company to the next level.
He realized that they had no SEO strategy (and weren’t leveraging it as a channel)
The VP went to Google and searched for a company to work with
He then hired the company (Gotch SEO) that was ranking #1
That’s The Power Of SEO.
Trust me…

It definitely wasn’t my impressive sales skills that turned this lead into a client either!

Now getting new clients by using SEO is cool, but getting them results is all that matters.

Here’s what we did to get this client results:

We performed an in-depth SEO audit.
Then we created a priority list based on what actions will have the highest impact
We identified the following actions as high-impact:

Optimizing their site’s technical performance
Improving their site architecture
Upgrading their content on their category and product pages
Now you’re probably wondering: how did it turn out?

Our client went from invisible to:

Dominating For Extremely Competitive Keywords In The Health And Fitness Industry:

We Grew Their Total Organic Keyword Positions By 16,000% (Not a Typo).
But listen:

The only SEO KPI that really matters is traffic.

We Grew Their Organic Search Traffic By 93%
This company had never done SEO before and their website had very little authority.

So the question is:

How Did We Beat Other Supplement Companies Who Had Bigger Budgets and Much Stronger Websites Than Our Client?
Simple.

We used a proven SEO process.

More on this in a second.

There are many one hit wonders in the SEO world.

People who achieve SEO success with one website can rarely replicate it with another.

That’s why I’ve spent nearly every waking second over the last 5 years testing and refining my SEO process.

I Wanted To Take “Luck” Out Of The Equation.
I wanted a repeatable process that I could use to rank and drive organic search traffic to any website.

I achieved that goal.

I’ve been able to do it so consistently that companies pay my agency more than $48,000/year to execute the SEO process I’ll be showing you soon.

But before I do, I want to prove to you that…

My SEO Process Isn’t a One-Hit Wonder.
Let me introduce to a company that specializes in sending reminder calls.

Like the previous story, this company wanted to scale so they decided that they needed to invest in SEO.

But here’s where this story takes a different turn:

The CEO of the company wanted to figure out how they could do SEO in-house instead of hiring an agency.

They began trying to figure out SEO by searching keywords in Google like “backlinks”, “PBN”, and even “Ahrefs”.

But They Started To Notice A Trend During Their Research…
My company (Gotch SEO) continued to show for these super competitive keywords and countless others they were searching: 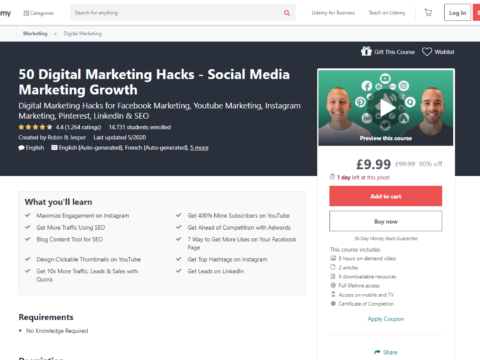 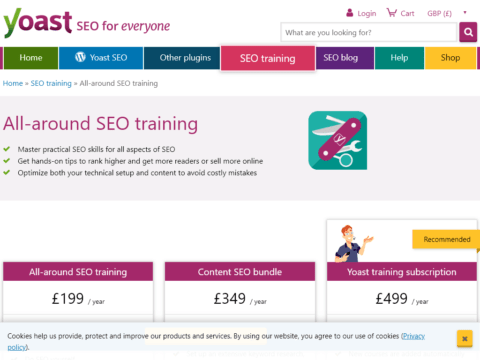 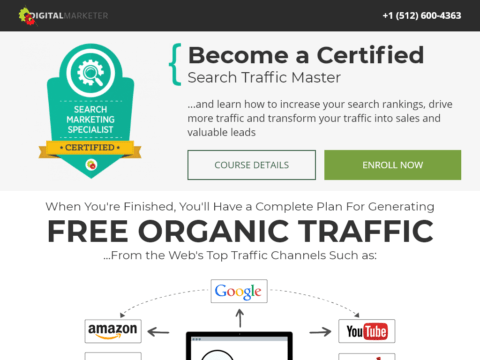 Become a Certified Search Traffic Master ...and learn how to increase your ... 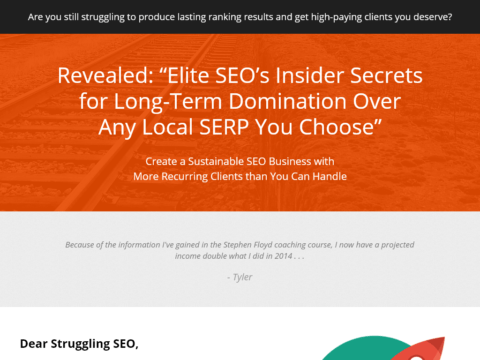 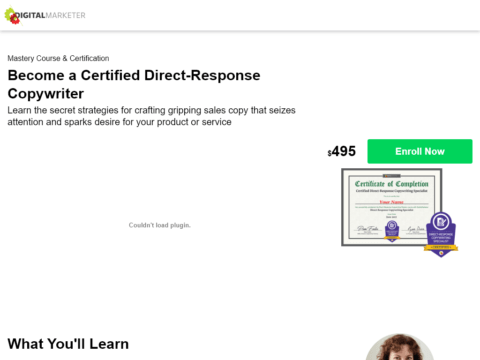 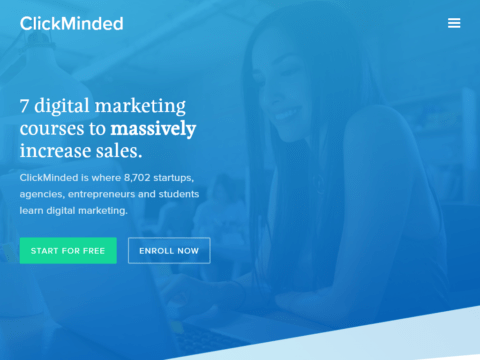 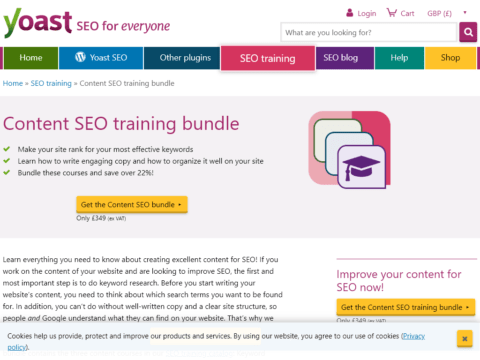 Online SEO training Our online SEO training courses teach you vital SEO skills you can apply at once. Find out how to outrank your competition and become the best result through our training courses! Whether you’re a blogger, developer, online marketeer, or own a business, big or small: we believe in SEO for everyone. Make quick and lasting improvements to your site We don't stop at the theory: we help you practice actual SEO skills from keyword research to technical SEO Developed by world class SEOs and education experts trusted by the world's biggest brands 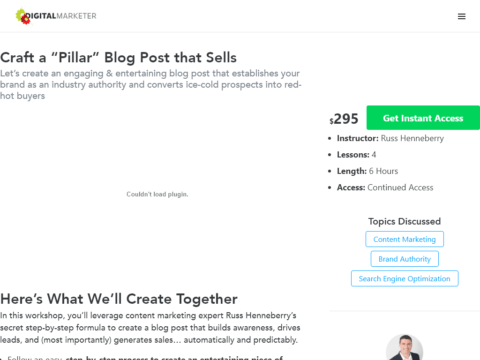 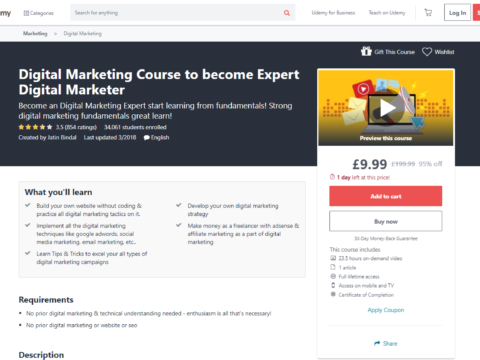 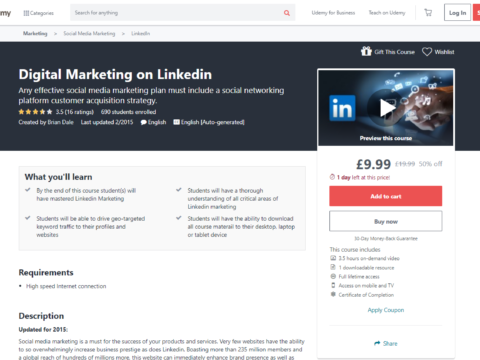 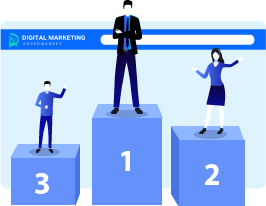